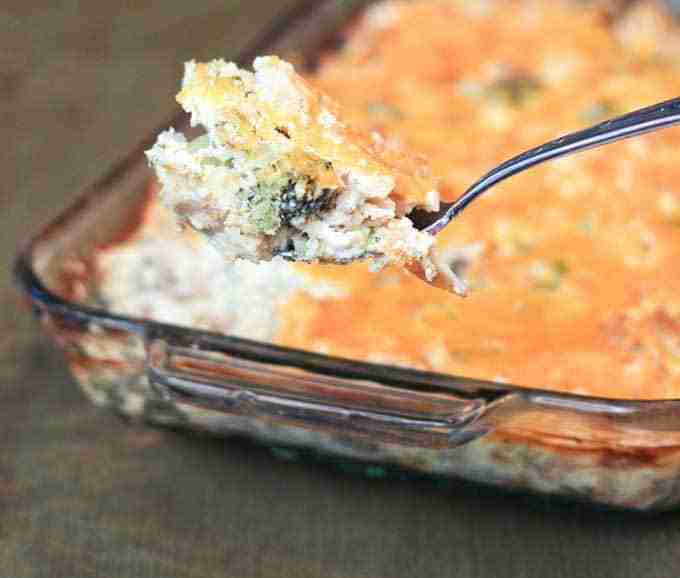 I love what I call ‘”old school vegetarian” recipes – you know from back before they had to be good for you.  Back when the recipe just couldn’t contain meat.  Well, the trouble with those recipes is that a lot of them are not good for you. My husband’s doctor has recommended that he eat mostly vegetarian, which is difficult for my husband because he loves meat, and often doesn’t feel really full without it.  But, you know those old recipes, they were filling.  So, I am revisiting some of those and trying to cut some of the fat out of them, which sometimes even ups the protein (like when you substitute Greek yogurt for sour cream, like I did here).

This is a recipe I adapted from The Moosewood Cookbook by Molly Katzen, which is out of print, but is one of my favorite cookbooks.  I read that they were coming out with an  anniversary edition, so I definitely recommend it.  I updated the recipe by using whole wheat pasta, non-fat ricotta, reduced fat cheddar, Greek yogurt instead of sour cream, and almond flour instead of bread crumbs or wheat germ.  The results were very tasty, less fattening, and higher in fiber and protein.