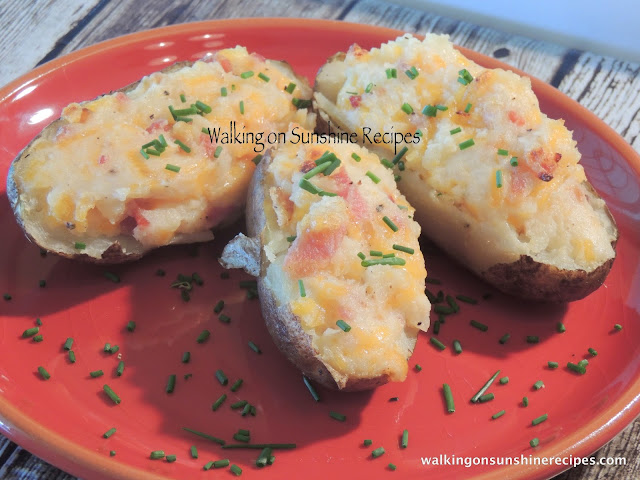 This is an easy and delicious recipe that my family loves.
My son especially loves them, so I make them at least two to three times a month.
My son does NOT like mashed potatoes but he will eat twice baked potatoes,
as long as they have BACON in them.  He loves bacon.
And really who doesn’t love bacon?
Scoop out most of the potato flesh, being careful not to break the potatoes.
And if you do break the potato, do not worry.  No one will know once they’re stuffed. 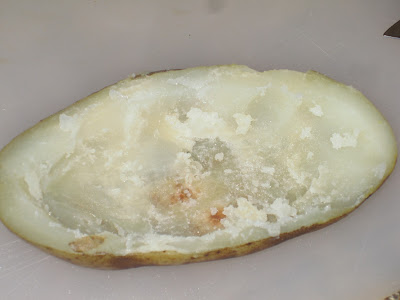 Stuff the shells with the potato mixture… 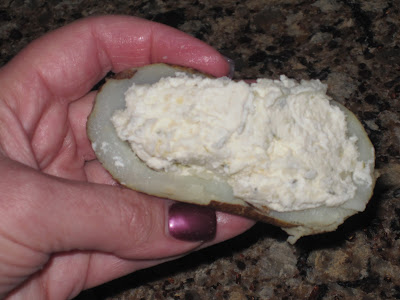 These really are EASY and DELICIOUS… 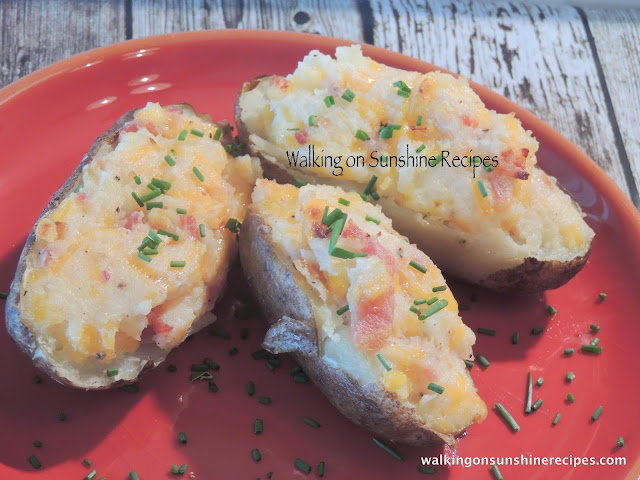