This recipe produces the most amazing, delicious pork roast made in your CROCK POT.

I never made a pork roast until last year,  because  MY Colonel was never a fan.

Which I always found strange because he loves ham sandwiches.

And let’s not even mention his love for egg and bacon omelets.

But put a piece of pork on a plate in front of him, he’s not too happy.

Oh he’ll eat it, but he’s NEVER requested me to make a pork roast

in the almost 25 years we’ve been married.

And I never did!

I found this AMAZING recipe  on Pinterest and really wanted to try. 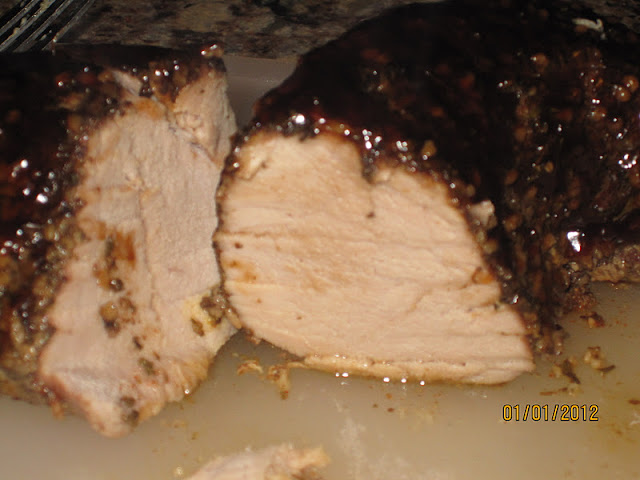 over your pork roast or pork loin… 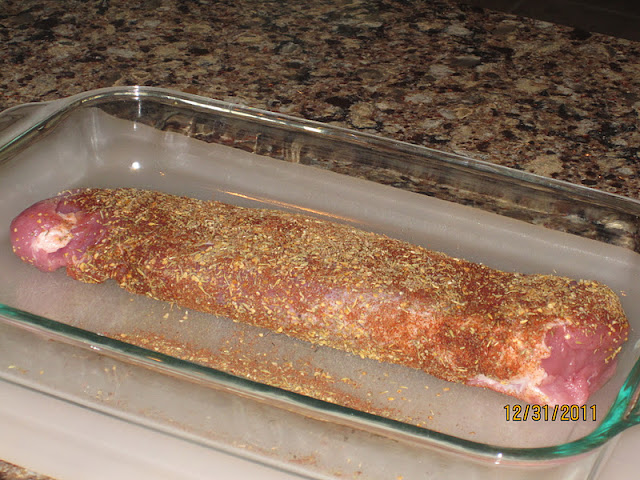 Combine the GLAZE ingredients into a sauce pan… 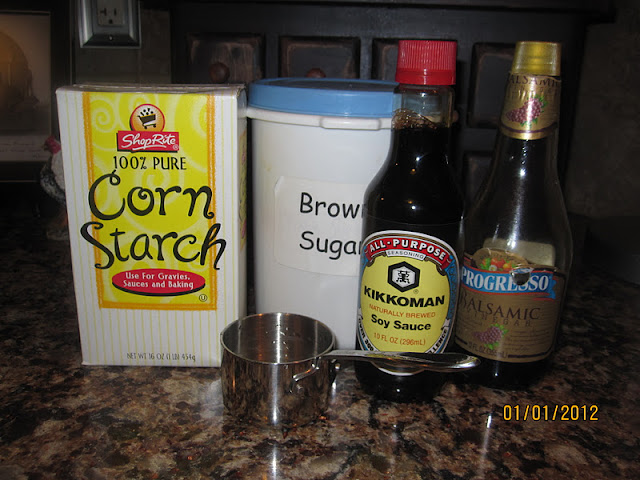 Cook on low, stirring, until the sauce thickens.

Transfer to a bowl… 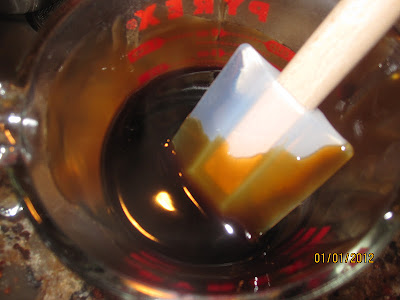 During the LAST hour of cooking, begin basting your pork loin with this glaze,

Do not use all the glaze.

You want to save some to serve on the side with your pork.

Since this was my first time cooking a pork loin, I used a meat thermometer

to make sure it was cooked properly to an internal temperature of 145 degrees.

proper temperature of 160 before eating. 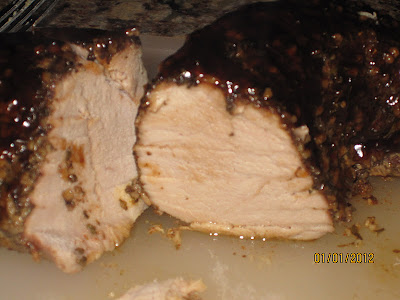 Slicing was so EASY.

The pork was so juicy and tender, it practically fell apart… 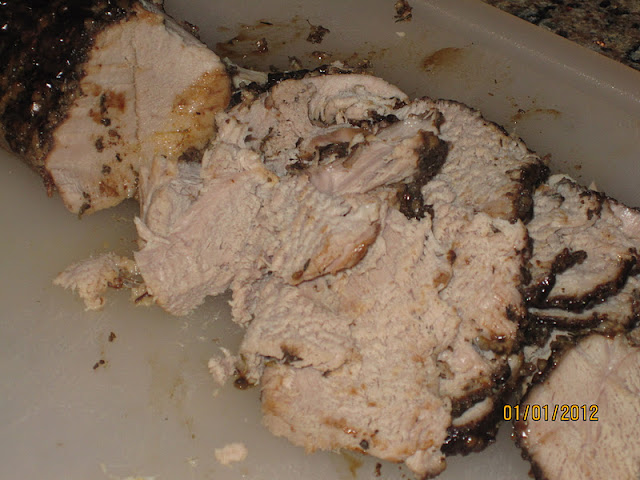 I served the pork with scalloped potatoes and zucchini.

Drizzling the pork with the remaining GLAZE… 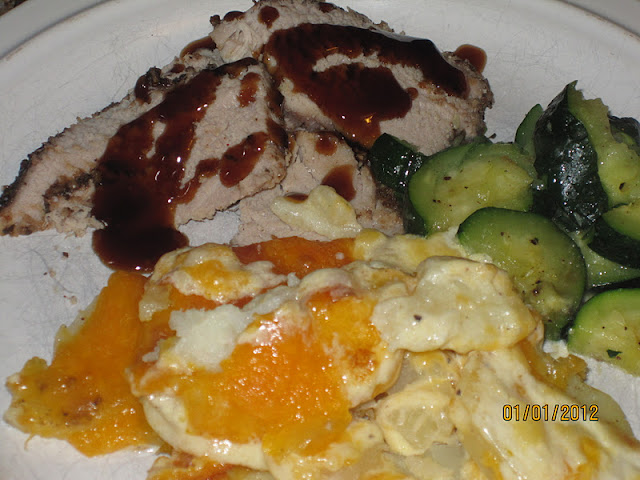 This was such a DELICIOUS and EASY meal.

What did the Colonel think of the pork loin?