A fun new animated movie that’s entertaining for both kids and adults. 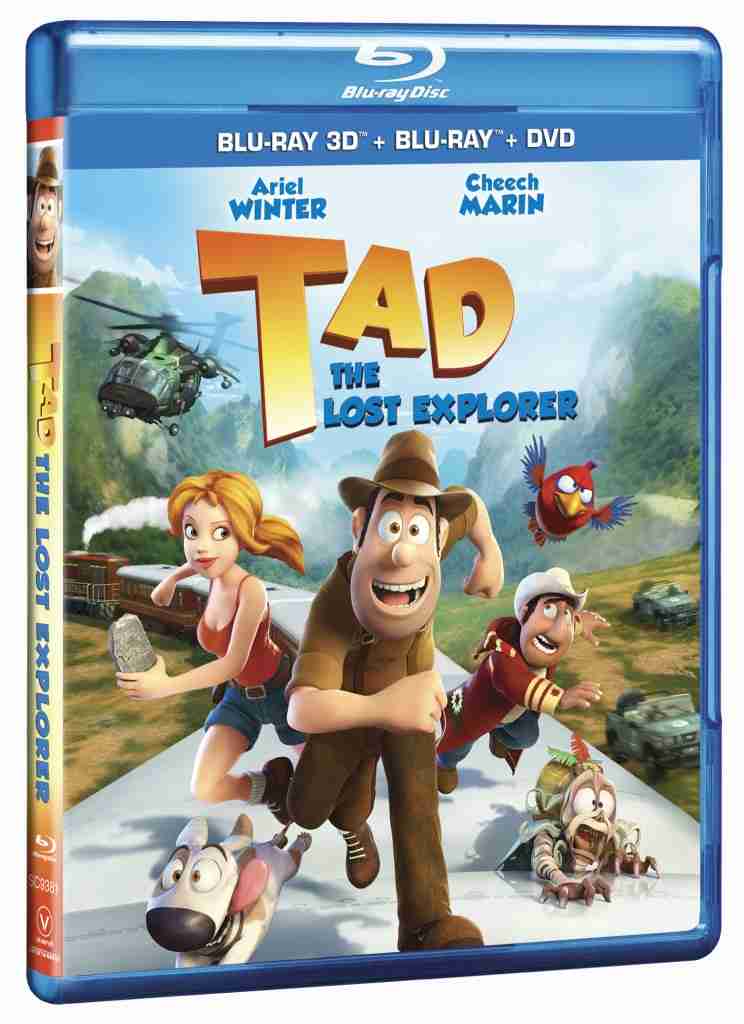 I received my special pre-release copy of “Tad the Lost Explorer” and immediately my kids were all over it.  “What’s this Mom? Can we watch it? It looks really good!”  I agree, even the packaging and the fact that it features music from “One Direction” made it a must see.

Tad is an ordinary guy with a big imagination and even bigger dreams of being an archeologist.  When a twist of fate lands him the chance to live his dreams, he finds himself on a plane to Peru to search for the lost city of Patiti.

Once he lands in Peru, he pairs up with Professor Lavrof and his very pretty daughter as they discover the two pieces of the tablets they have match and is the key they need to open the lost city.

Problem is someone else wants that key to the city and they will stop at nothing to get it.

I won’t spoil it for you… you will have to watch the movie yourself to see what happens next!

The whole family sat down and enjoyed this movie together.  It is a good clean movie that all ages can appreciate.  We all especially loved the supporting cast of the dog, parrot and mummy.  They are full of comedic fun!

My favorite line, “This one’s got mummy issues too” from the mummy protecting the lost city.

OR… ENTER HERE TO WIN A COPY!