Skip to Content
Home Featured Salt and Its Many Varieties: What Are the Differences? 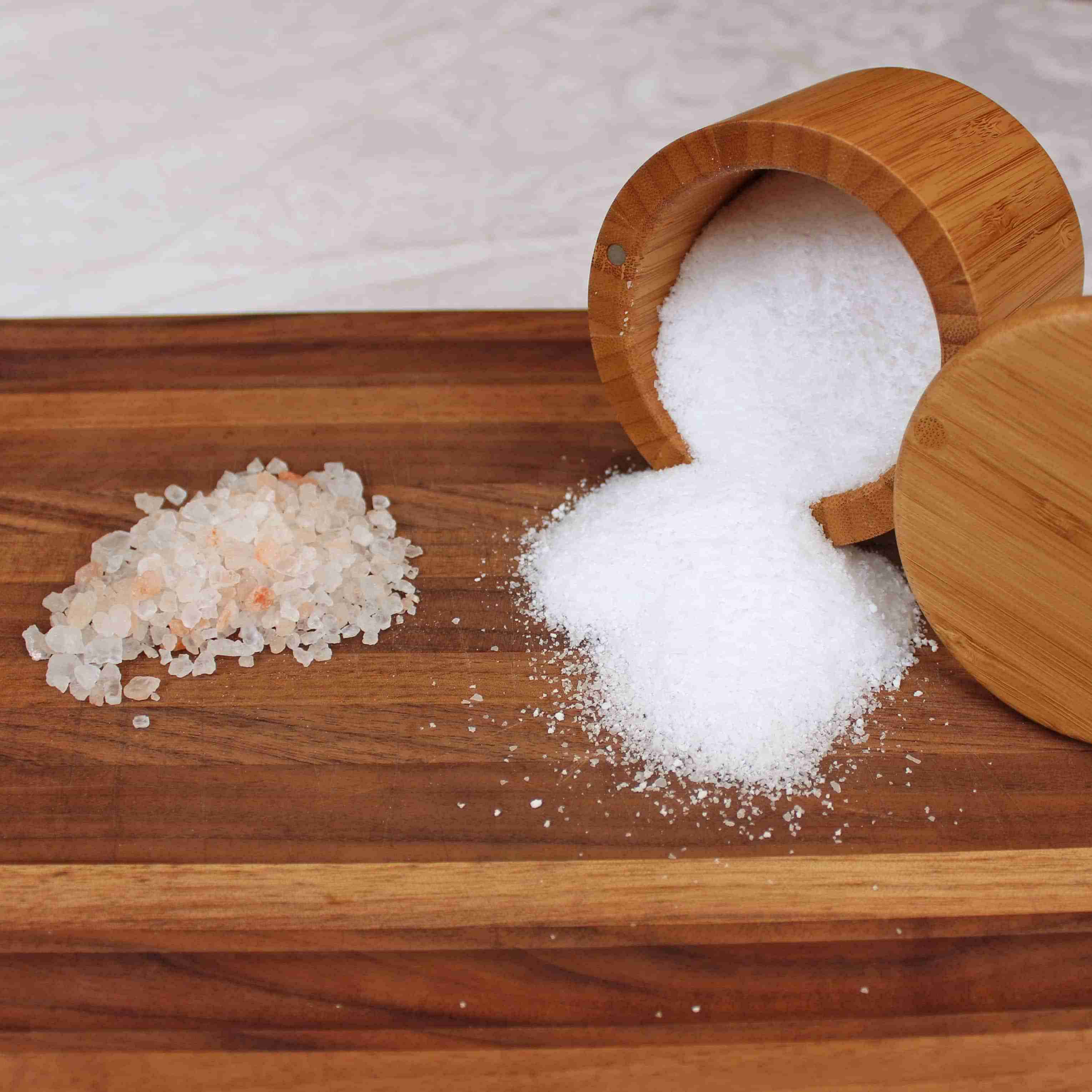 Sea salt, kosher salt, and table salt are actually not that different from one another.  In fact, chemically that are basically the same.  Sea salt requires less processing simply because the water is evaporated leaving the salt behind.  This process allows trace minerals to remain – which is how some salts get their color.  Table salt is mined, which requires more processing.  Table salt also usually has iodine added because it is crucial mineral that can be difficult to get in your regular diet as well as an additive to keep it from caking.  Kosher salt is kosher because of its use in koshering meat and is actually not different from other salt.  Unlike table salt, it has no preservatives.  Kosher salt does not actually have less sodium than table salt or sea salt, but it is usually coarser.  This coarseness does not allow you to put as much salt in a measuring spoon as you could of a finer salt, like table salt, making a teaspoon of kosher salt have less sodium than a teaspoon of table salt because it is, in fact, less salt.  Finishing salts are entirely different and are flavored salts that are sprinkled on after cooking.

So, if they are so similar, does it matter?  The answer to that is yes, depending on your needs.

Table salt’s fine texture allows it to dissolve more easily making it preferable in some cooking and baking.  And, you must have iodine, so if you do not eat a lot of iodine rich foods, you may need to eat it to get your iodine.

Kosher salt contains no preservatives and is easy to pick up (you know, a pinch of salt) and due to its coarseness you may actually not need as much and actually eat less sodium.

Personally, I use table salt for most cooking and baking because it does incorporate more easily, and we do need our iodine.  But, to salt food at the table I generally use kosher salt or very fine sea salt.  And, I do have some Fleur de Sel and some Himalayan Pink to sprinkle on special dishes – like anything with salted caramel.