Up next on our tour of ice cream specialties from chefs across the country is a creative creation by Executive Chef Daniel Kenney of the Sea Crest Beach Hotel in Cape Cod, Mass!  A twist on traditional PB & J, this is a whole new level! Check out this Peanut Butter & Beach Plum Jelly Ice Cream! 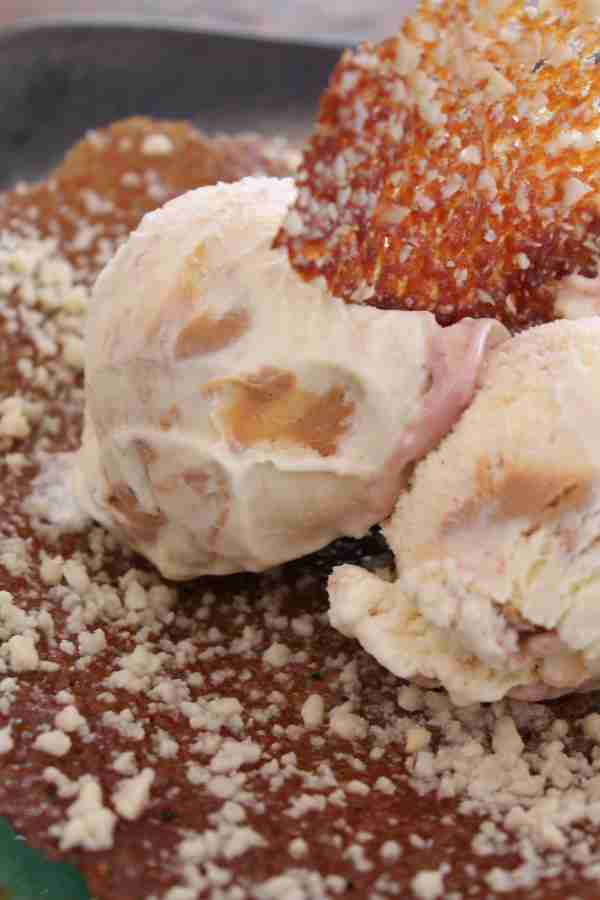 1.      In a medium bowl, beat the sugar and eggs with an electric mixer until thick, about 3 minutes. Set aside.

2.      Pour milk into a small saucepan, and bring to a simmer over low heat. Gradually drizzle the hot milk into the eggs while whisking vigorously. Then pour the whole mixture into the saucepan.

3.      Cook over low heat, stirring constantly, until thick enough to coat the back of a metal spoon. Do not boil.

4.      Remove from heat, and whisk in peanut butter. Allow to cool slightly, then whisk in the sweetened condensed milk, heavy cream and vanilla beans.. Cover and refrigerate until chilled.

5.      Pour the mixture into an ice cream maker, and freeze according to the manufacturer’s instructions. Fold in beach plum jelly when mixture is still soft, then transfer to a container, and freeze until solid.