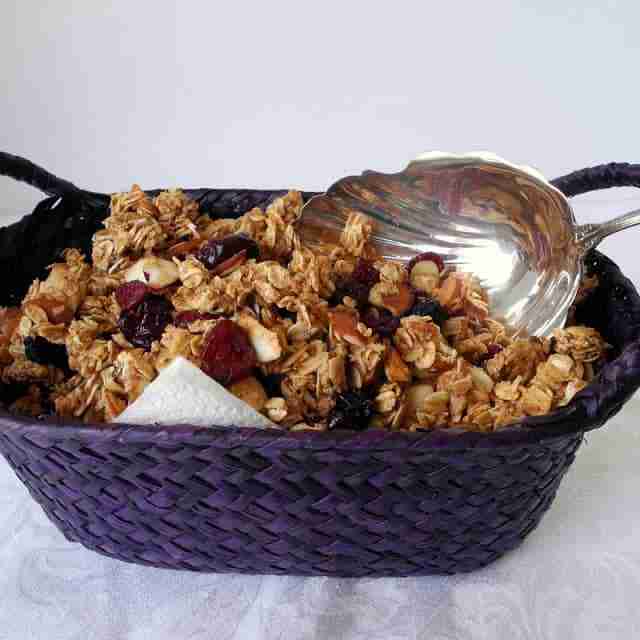 I have been very much on the go lately.  I am going back to school as well as working a new job, and sometimes I really just don’t have time to eat.  So, I have been trying to come up with some things to take with me to keep hunger at bay, but are also healthy.  I love granola, but the store bought kind is really high in fat.  This is a lower fat granola that is delicious and easy to make.  It is great with milk, yogurt, or just by itself for breakfast or for snacks.  I often carry a little container of it to work with me to eat during my break.

I got the idea for this recipe from this one from Cooking Light on MyRecipes, but changed the ingredients a bit for my personal preferences.  You could change it for yours too.