My father has diabetes and recently had some challenges with controlling his blood sugar levels.  As a result, he has made a commitment to maintaining a diet that is lower in sugar and carbohydrates.  Initially, he wasn’t thrilled about the idea of a low sugar/low carb diet.  According to him, it meant he would “have to eat a lot of salad”.  But after a few months of watching what he eats and cooking more meals that are lower in sugar and carbs and eating less out of the box (meaning less boxed and canned foods that typically have lots of sugar and sodium), he is realizing that eating a healthy diet to stay in control of his diabetes isn’t so bad after all, and he can eat lots of tasty, hearty foods and won’t be doomed to a life of salad.  Not that eating salad is so bad, but we all need a little variety in our lives.

To help Dad on his journey (and Mom as well because she’s supporting him by changing her eating habits too), I decided to feature recipes with lower sugar and/carbs for The Daily Dish.  My hope is that these recipes will inspire Mom and Dad to try new recipes, as well as anyone else who may living a low sugar lifestyle.  Some recipes will be my own, and some will be featured recipes from fellow bloggers, but all will be delicious.

The first recipe in our Low Sugar Living Series is Mexican Stuffed Peppers.  I made these peppers this weekend while the folks were in town and they got great reviews from the family!  This was actually the first time I’ve made stuffed peppers and they turned out really good. I’ll definitely make more varieties of stuffed peppers, because peppers make a great shell for fillings since they have very low carbs and  almost no sugar. 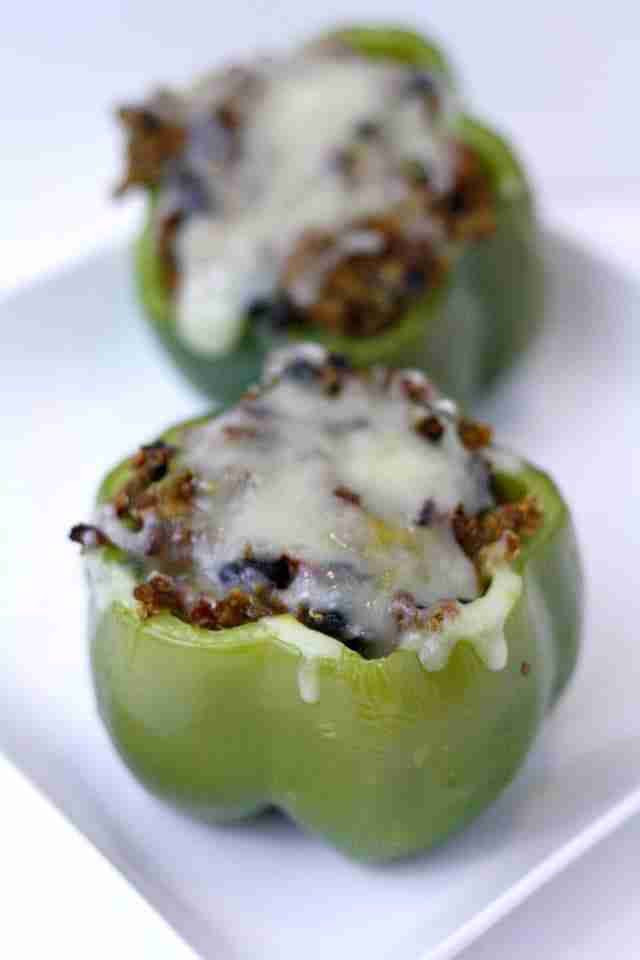