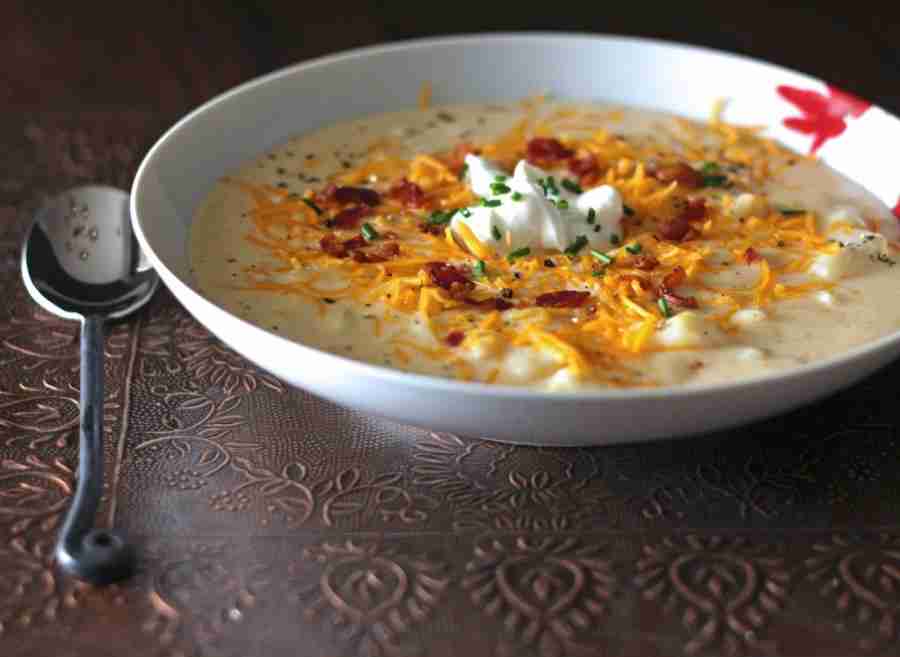 It is quickly becoming soup weather again, so I am sharing one of my favorites – Loaded Baked Potato Soup.  This is a creamy, cheesy version that also has Greek yogurt and nonfat dry milk, making it a little lower in calories and fat and higher in protein than most recipes. Best of all, it really does taste like a loaded baked potato.

This recipe makes a lot of soup and will serve at least six.