Last night on TBS Season 2 of King of the Nerds, the final four fought their way to the Throne of Games in the season finale.  For the second time in just 2 seasons, the lady nerds represented and took the competition. Perhaps they need to rename the show, Queen of the Nerds! 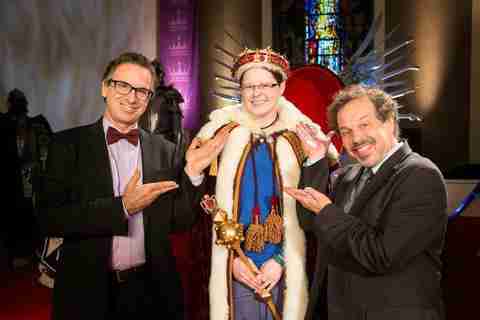 The competition started with the final four going head to head in a trivia competition.  Jack, Brian, Kayla and Xander took turns selecting categories and difficulty and the first two to get 5 correct answers moved on the the final nerd off.  Everyone was surprised when Jack was the first to move into the finals showing more diverse knowledge in nerd culture than expected.  Brian, Kayla and Xander were tied at 4 correct answers and stress levels were high to be the next one to 5.  In the end, Kayla managed to get the next question correct while Xander and Brian did not, moving her in the the finals. 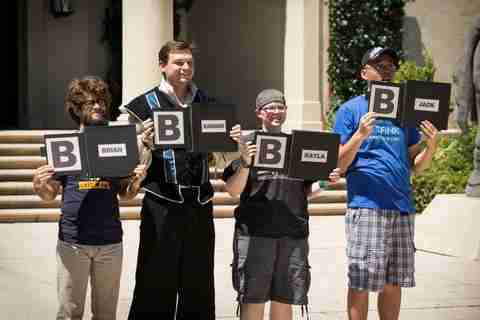 For the final nerd off, all of the past contestants came back to the show and were able to pick which final player they would align with to help into the Throne of Games.  Three of the teammates were able to help Jack and Kayla in the final series of puzzles that they were given 20 minutes to complete.   It was a fairly even match and both Jack and Kayla had to call on the support team for help to complete the problems.

Kayla managed to complete 5 of the puzzles correctly while Jack completed 4, making Kayla the winner of King of the Nerds! 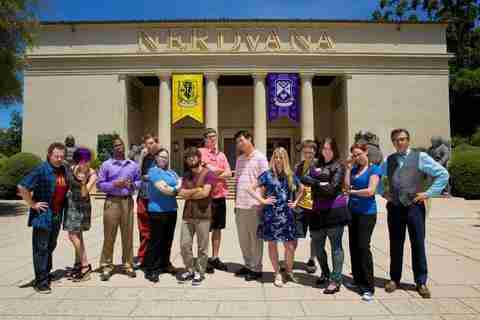 I loved how in the end they brought back the other contestants and made it a group effort.  It really showed us how even though they were all competitors, how much support they all really had for each other and how diverse of a group they really are.  Bringing them together again formed really strong and well rounded teams.  It is a great reminder that for every successful person, there is a great team of people that helped to get you there.