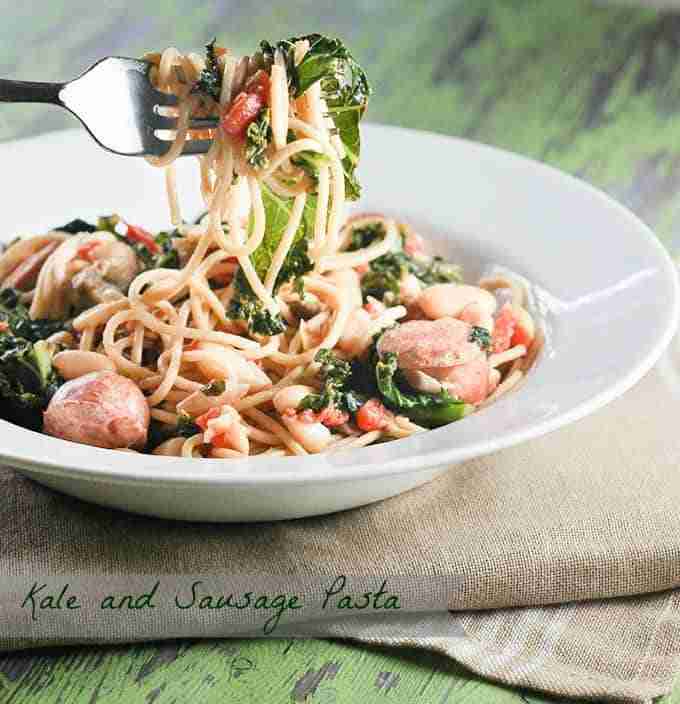 This Kale and Sausage Pasta is a quick and delicious weeknight meal that just happens to be healthy.  Those of you that keep up with that sort of thing know I love kale, and consequently that it makes a frequent appearance in my recipes.  Well, this recipe has the combination of kale, white beans, and sausage, which is really one of my favorites.

For this recipe I used chicken and apple smoked sausage.  I also used canned beans because I didn’t have time to do dried, but you could substitute 2 cups of cooked dried cannellini beans for the canned, and it would even be better. I also used canned tomatoes because ours are not ripe yet, but if you are lucky enough to already have ripe tomatoes this year, use two to three cups of chopped fresh ones instead of the canned version.