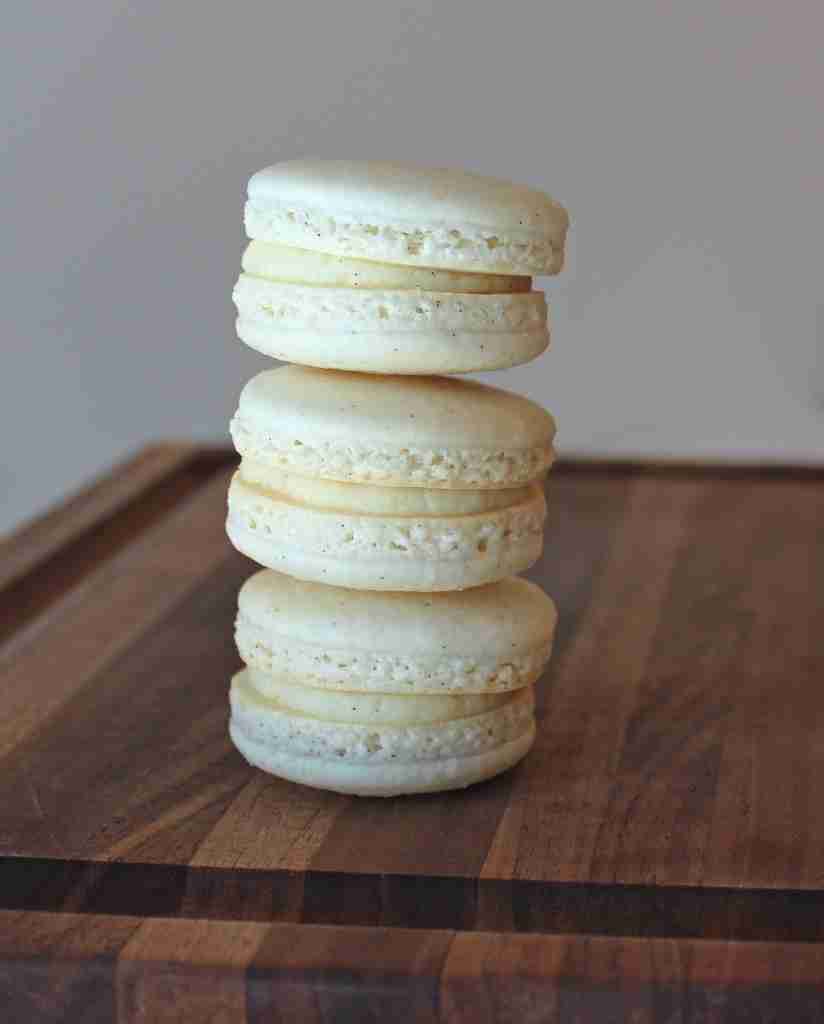 French macarons are very pretty little desserts, and today is macaron day or Jour du Macaron.  Jour du Macaron is a day begun by Pierre Hermes in which a group of mostly French bakeries, Relais Desserts, will give people a free macaron.  Guests are then invited to give a donation to a charity.  This year French bakers are giving the donations to Overcoming Cystic Fibrosis.    But, other places around the world are beginning to celebrate Jour du Macaron.  In 2010 Francois Payard began Macaron Day NYC, which will be giving its donations to  City Harvest, who rescues food in the form of restaurant leftovers and takes it places where it is needed like shelters.

So, to celebrate Jour du Macaron, I am going to give you the vanilla bean macaron recipe I use.  At some point, I do plan to do a more thorough tutorial on From Calculus to Cupcakes, which has a raspberry macaron recipe up today.  My recipe is a bit different from most you see in that I do not age the egg whites.  Aging the egg whites allows them to thicken because water is evaporated from them.  I compensate for this by adding egg white powder, which is available at most grocery stores.  The greatest tip I can give you to avoid air pocket is to make sure the macarons are actually done.  If they are not done the inside will “fall” away from the shell kind of like a souffle falls leaving you with a hollow shell.  If this is your first time making macarons, don’t despair if they are not perfect the first time.  Try again.  Change the temperature a little, add a little more or less egg white powder, until they turn out like you want them.  Everyone’s oven temperature, altitude,  and humidity are a little different, so you may have to play with it a bit.  My recipe is slightly adapted from Not So Humble Pie’s recipe, who is a great source of macaron wisdom.  The main difference being that I don’t age my egg whites and add more egg white powder, but it is also a little different in method.  I beat my egg whites to a stiffer consistency  but again this is something you might want to play around with.  I have a feeling that everyone’s perfect recipe will be slightly different.