We were so excited here in this house to see interview number 2 role in from the cast of King of the Nerds Season 2.  Who was it from?  Jack from the Yellow Midas Touch Attack Team.  My daughters current favorite boy pick to win the show (which seems to change from week to week, lol!)

Jack from King of the Nerds on TBS 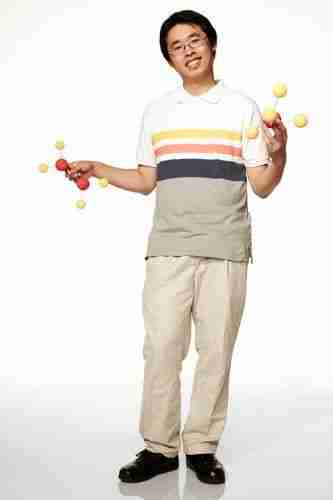 Jack on King of the Nerds
Photo: Jeremy Freeman

King of the Nerds is one of the hottest shows on TBS and is creating new “Nerds” daily.  My kids are now planning how they could compete to sit upon the “Throne of Games”.

If you missed our first interview with Katie, be sure to check it out too!

Now back to Jack.  We love him because of he is smart and funny.  My 11 year old daughter has noticed that he has flown under the radar and nobody has really looked at him as a threat until he won this last nerd off against Katie.  This gives him an edge in winning the competition.  If you saw lasts weeks episode how he almost pulled off a great debate between Star Wars and Star Trek without ever seeing either movie, you can appreciate Jacks smarts in playing the game (spoiler alert… I did say “almost” pulled off).

So let’s see how Jack answered Brennas’s must know questions for the Nerds:

1. How does it feel to be picked to be on King of the Nerds?

It feels interesting to be on TV. I never thought I would actually be on a TV show in my life, and I applied thinking that my chances were slim to none. However, I misassigned my probability of success, and it turned out I had something that people wanted to see on television. That makes me feel special =)

I will be King of the Nerds because I know how to play the game. I can study for any subject matter and put up a fight no matter how little I know about the subject. I know how to be nice and avoid nerd-offs, but also take initiative and maximize my probability of winning when push comes to shove. I enjoy playing the game in the shadows, manipulating events without drawing attention to myself, and I know not to be a hero or villain as those are the biggest targets. Some people want to die a hero. I want to die old.

3. What is your favorite part of Nerdvana?

The cliché answer is the people, but aside from that. I loved the pool table. I played so much pool during Nerdvana, as it is my default stress reliever if there is a pool table. It is what got me through the hard times in Nerdvana.

4. What is your favorite cartoon?

Futurama. It is funny, well-written, and very charming with plenty of inside-joke nerdy references such as entire alien languages.

5. What is your favorite food?

I am a huge fan of clementines and fruit in general. My big food request in Nerdvana was always various fruit. One thing that didn’t make the cut was when I shoved a bowl of fruit down my mouth at the suggestion of some other cast members for their entertainment.

I am an MD/PhD student, which means that I am getting my Medical Doctorate at the same time as my PhD in Bioengineering. I study computational cancer genomics, in which we use computational modeling to determine the most impactful cancer genes in a given patient. It’s a lot of work doing both an MD and a PhD, but I can’t imagine doing anything else.

7. What are your hobbies?

(non-sport hobbies as sports are later) I really like learning languages and playing Magic: the Gathering. I am also a big tabletop gamer and anime fan. 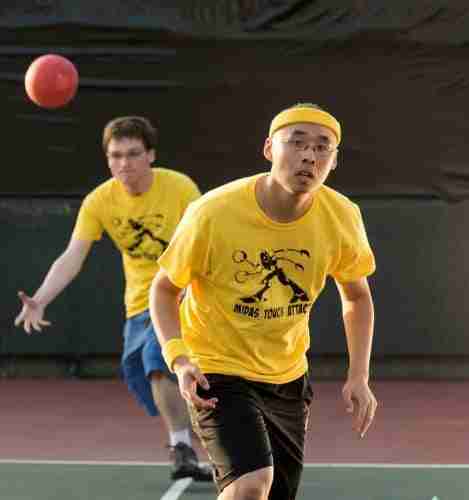 8. What is your favorite animal? Do you have pets?

Ostrich. What is more absurd than an ostrich?

9. Have you ever failed a test?

I failed Drivers Ed the first time around, not that I want to reinforce the stereotype TOO much

10. Can you speak a different language?

I speak Portuguese, Spanish, and Chinese

11. What were you for Halloween last year?

My greatest fear: myself

I am a fencer. I do mostly Epee but dabble in Saber and (admittedly) Foil as well. I also play tennis in my spare time

13. Who is your best friend in Nerdvana?

Kelsey for good reason. I like Josh as well.

14. What advice do you have for young kids in school?

Study hard. It might not seem fruitful at first, and you might not even be “good” at it, but it will get you there. Trust me. You might even wind up on a reality game show about people who study hard ;)​

After reading through all these answers, Jack might have sealed the deal in making Brennas top male pick because she also LOVES clementines, and thinks Ostrich’s are pretty cool.  My kids also loved how he made being himself for Halloween funny and thought it hilarious he failed drivers ed.   You are “super nerdy” Jack!…and that’s a compliment btw 😉

Follow Jack on Twiter: @jphsnake and tune into TBS on Thursdays at 10pm ET/PT to see who gets sent to the nerd off!