Skip to Content
Home Recipes Side Dishes How to Steam Artichokes 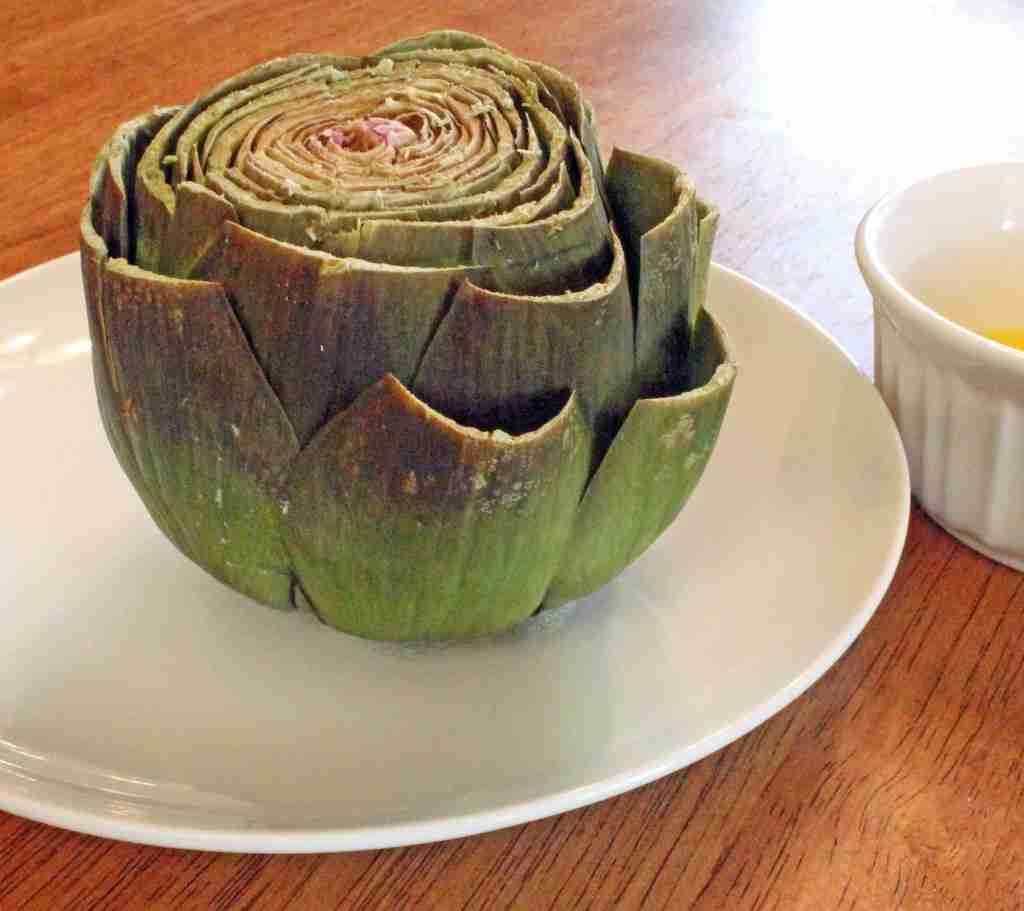 I steamed artichokes for the first time last year when I was inspired by this article at Food Network Magazine.  At the time, I prepared them as instructed and they were wonderful, but over the past year, I have developed a few extra tricks to make them even prettier.  I served them here with melted butter, but they are good with many different sauces and dressings and would be decadent with the holladaise sauce I posted last week.  All you need here are artichokes and enough lemon juices to rub on the parts you cut to prevent browning. 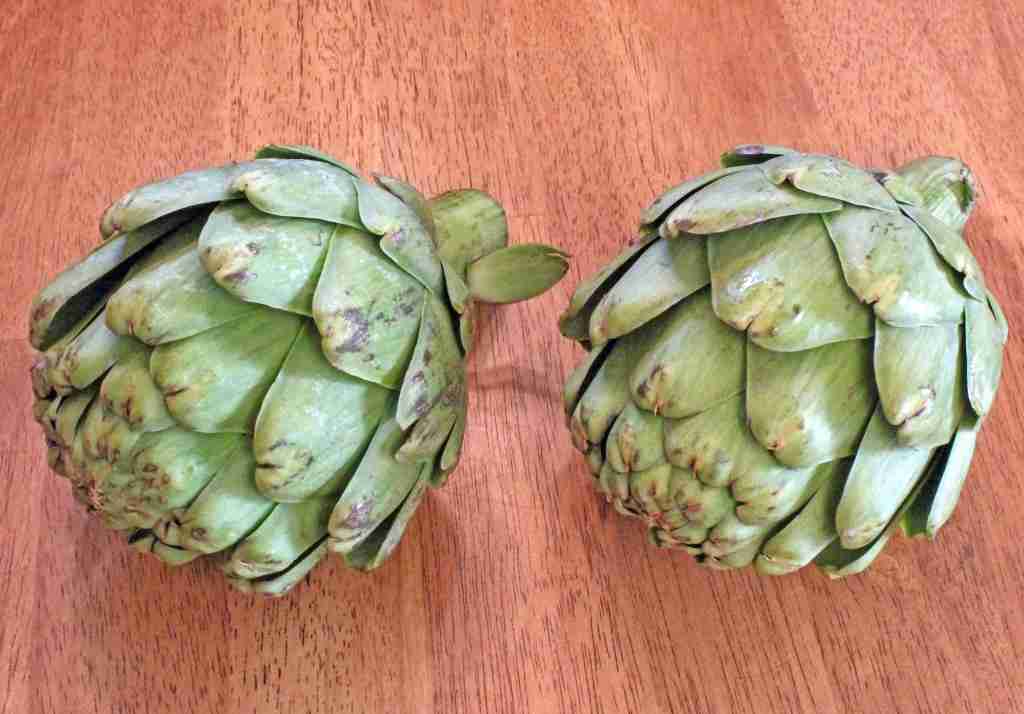 These are artichokes straight from the grocery store. 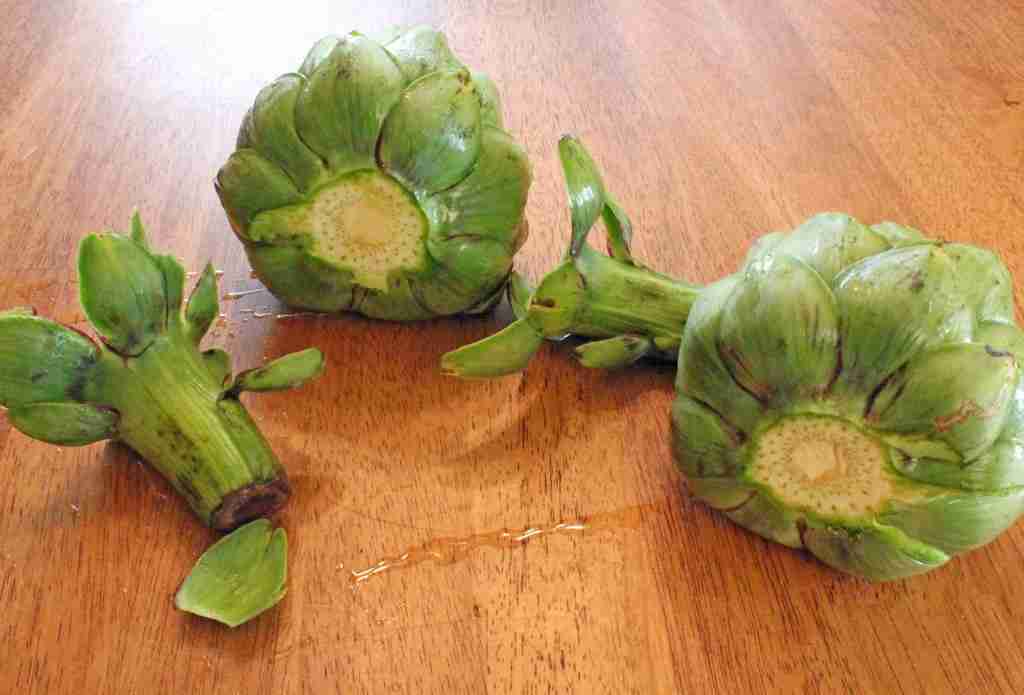 First, wash them and cut the stems off with a serrated knife. 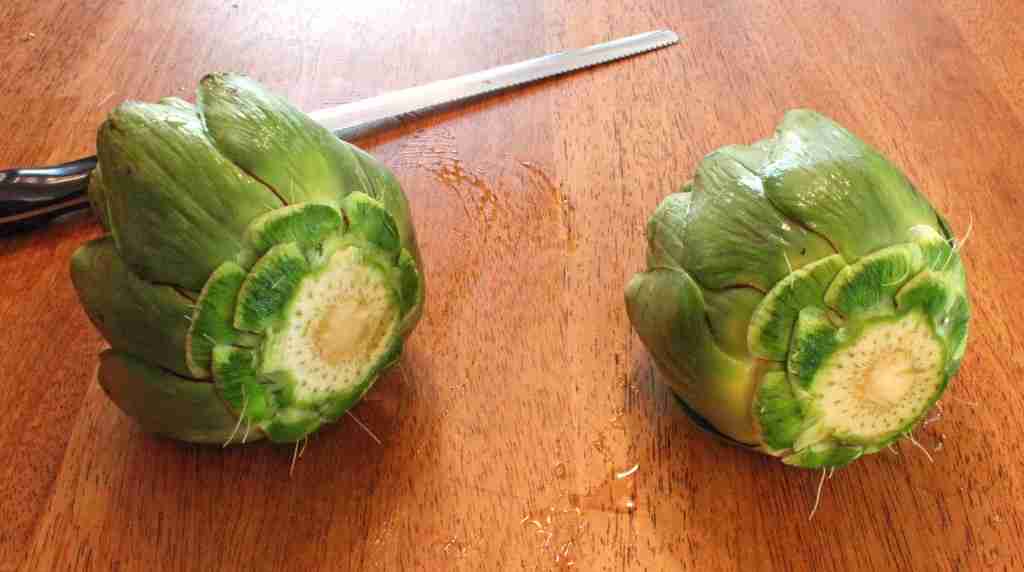 Then, pull off the coarse outer leaves.  I just pull them off with my hands. 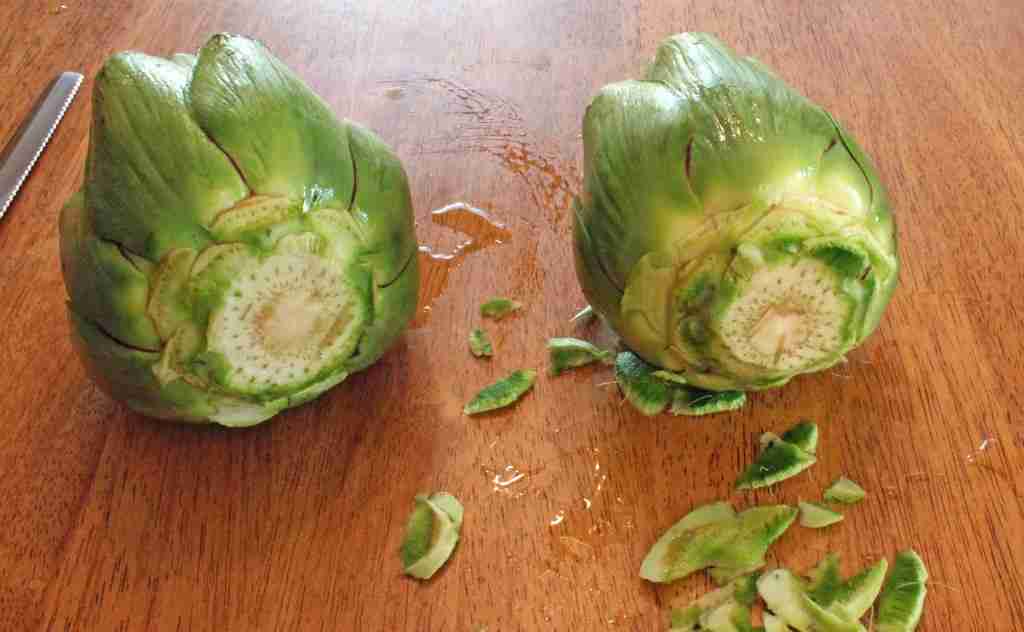 Using the same knife, trim up the edges where you pulled off the outside leaves.  You won’t be able to get it really smooth, but you will be able to take off the jagged edges and stringy parts.  Rub all of the cut parts with lemon juice.  I just rub a cut lemon right on the artichokes. 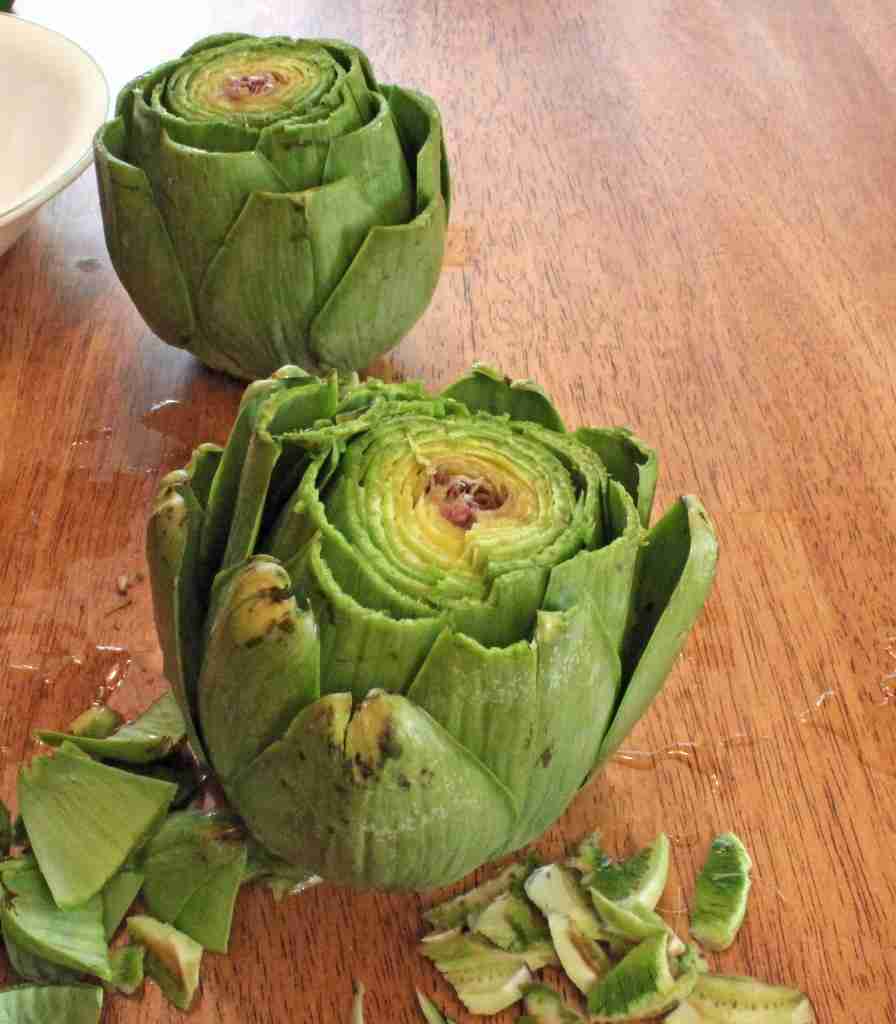 Cut about an inch off the top, again using the serrated knife.  And then, take your kitchen shears and even everything up and cut the tops off the remaining leaves.  Go ahead and cut past where the end of the leaf is divided.  Don’t be shy.  Many times, this upper part of the leaf has brown spots and is not pretty anyway, and you don’t eat that part, so it doesn’t matter.  The artichoke in the back ground is already evened up and has had its remaining leaves trimmed.  The artichoke in the foreground, has just had the top cut off. 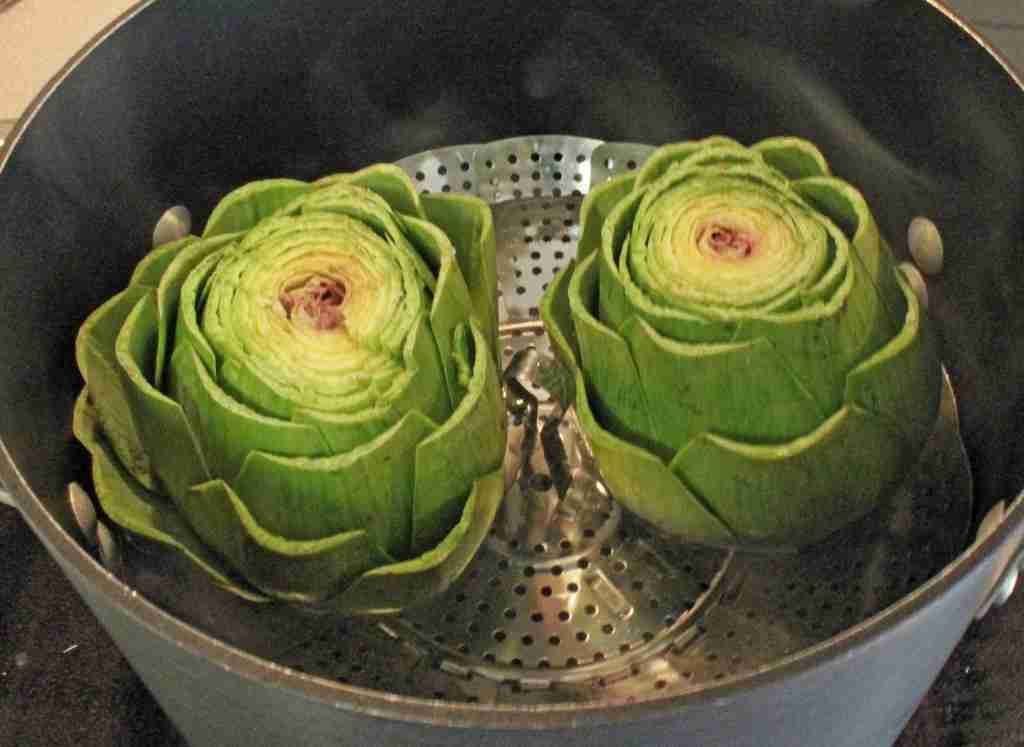 Steam the artichokes until tender (about 40 minutes), and serve with or without butter or a sauce to dip them in.