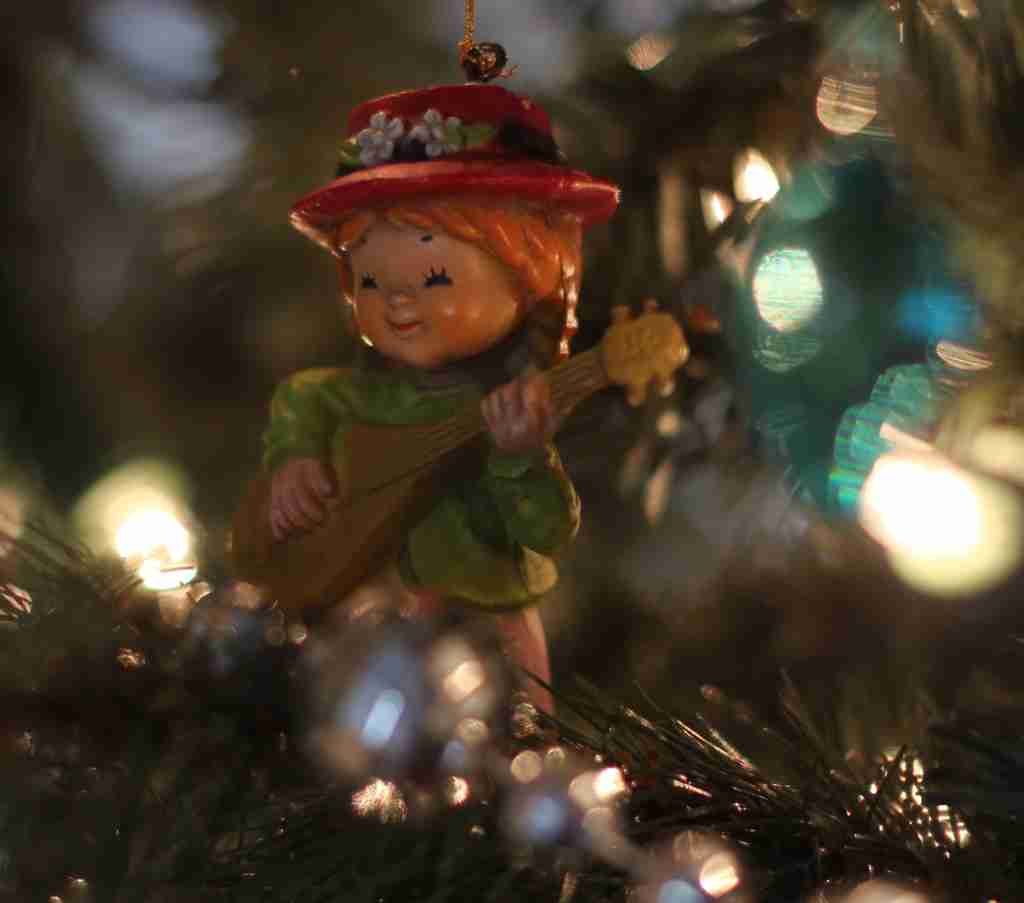 In the 16th century Martin Luther first put candles on Christmas trees for the children.   The first ornaments were apples hung from Christmas trees in Germany during the 17th century.  This later evolved in the 18th century evolved into hanging nuts, other fruit, cookies, and streamers on the tree along with the apples.