Aperture is probably the single feature I use most on my DSLR.  It is what gives photos that nice in focus section with the rest of the photograph blurred.  Today, many point and shoot cameras also have the ability to change aperture, so if you are not sure about yours, check out the manual.  Aperture is the measure of how large the opening is in the lens when the picture is taken.  You change the aperture on your camera by changing the f-stops.  A lower f-stop gives you a higher aperture and therefore lets more light in while a higher f-stop gives you a lower aperture and lets less light in.  What this means to you is when you set your f-stop lower, less of your photo is in focus (it has a more shallow depth of field), which gives you a nice effect.  With my 50 mm lens on my DSLR, I am able to set my f-stop to a very low 1.8.  I generally take food photos using a variety of apertures and choosing my favorite after I actually see the photos on my computer.  While not necessarily a tip about aperture, taking many photos at different angles, apertures, etc. makes it more likely that one of them will be what I was looking for – or possibly not, but still great.  If you only take a few, then you only have a few to chose from.

The photo above of my White Bean Panzanella has an f-stop of 22, which basically means most of the photo is in focus.  The photos below were taken at the same time and have gradually lower f-stops – all the way down to 1.8, so you can see how the focus changes as the f-stop is lowered.  These photos were also taken in fairly low light, so they are kind of dark and there has been no editing at all.  Luckily, the sun came out and I was able to get some lighter photos not long after these, but I didn’t have as many different f-stops  with those to show you. 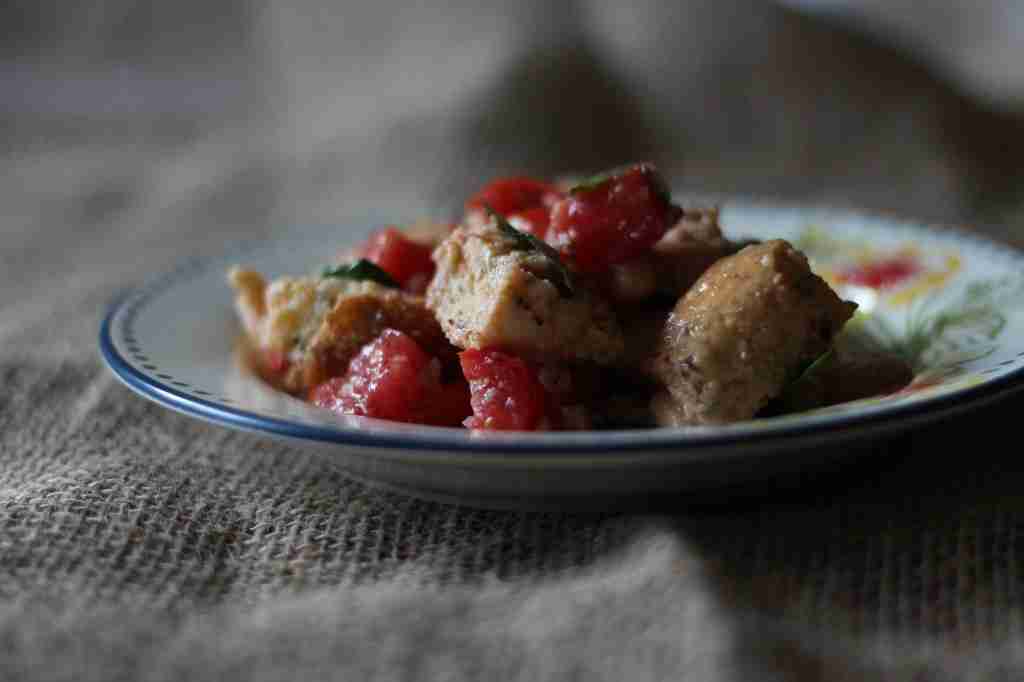