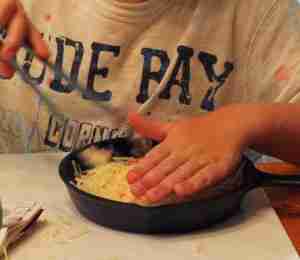 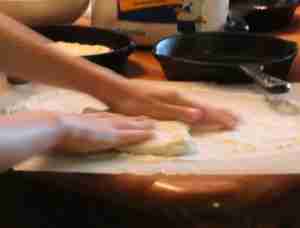 This summer my husband and I have had the privilege of keeping his grandsons every other Friday and Saturday.  They are absolutely delightful.  In this process, we have learned quite a bit about feeding other grandchildren or really anyone else’s children, so I thought I would share with some of the tips we have learned.  There is lots of information out there on feeding kids, but it is different when they are not your own.

1.  First and foremost, find out the rules.  Find out what they are allowed to have and what they are not allowed to have.  This includes things their parents don’t want them to eat or drink as well as foods they might cause allergic or other reactions.  Don’t ask the children, ask their parents.  The children will tell you all sorts of things – like every exception the parents have ever made to the rule in hopes that you will make an exception too.  Actually follow these rules!  If you don’t the children will tell on you – maybe not to their parents, but to someone else they are trying to get to break the rules.  No, I didn’t get told on, but someone else did in an effort to encourage me to do the same.  Remember in addition to having fun with the kids, you are trying to help out.  Breaking the rules doesn’t help.

2.  Ask what they like ahead of time.  Again, don’t ask the children, ask their parents.  Ok, do ask the children, but ask the parents first, so you will have an idea before they get there.   Be specific when you ask.  Children are often very particular about the way their food looks and brands.  If you bought the wrong brand of peanut butter, it just might not get eaten.   If you order Domino’s pizza instead of Papa Johns, they might think it tastes funny.  Every family has its own culture and even though these children maybe grandchildren, nephews, nieces, etc., that does not mean they don’t have a different family culture from you.  For example, my ranch salad dressing is the wrong brand, and I never thought to give them syrup to dip their sausage in until they asked.   You may think that taking them shopping with you will solve this problem, just be prepared for them to want everything, and it is good to already have some back ups at home in case shopping proves to be difficult.

3.  Give them choices.  Don’t ask what them what they want for dinner.  Give them a choice of two or three things that you are willing to make or buy.  This keeps them from asking for something you don’t have or don’t want to make or are even possibly unfamiliar with.  And, if there is more than one of them be prepared for more than one answer.  For example, if you say, “Would you like a peanut butter and jelly sandwich or a ham sandwich for lunch?” it isn’t that big of a deal to make one of each.  But, if you say, “Do you want lasagna or fried chicken for dinner?” and one wants one and the other wants the other, well that is a bigger deal.  So, you might point out that you can only have one, and that they have to decide together which they want this time and maybe you can have the other next time.

4.  Let them help cook.  Most kids think cooking is fun and may learn skills that will help them cook later in life.  But, for the short term, letting them help, helps you.  It gives the children something to do that they enjoy, and you don’t have to worry about what they are doing in the other room while you cook because you can see them.  But perhaps most importantly, they are more likely to eat what you cook if they help.  There are no mystery ingredients because they saw what went in the meal.  They know you are not trying to sneak broccoli in on them because they didn’t put it in when they made it.  This is especially helpful with picky kids or kids who are particular about brands.  The photos above are of the boys making pizza.  Their mother seemed surprised that they ate homemade pizza, but we had been working on it all day.  The yeast had basically been a science experiment, and they knew exactly what was on it, so they ate it.

5.  Eating out can be challenging.  At first thought, eating out seems like a great idea.  They can order what they want, you don’t have to cook, etc.  Now, I’m not saying that you shouldn’t take them out, just plan.   If you can, don’t go alone.  Two adults is much better than one – like when one of the children needs to go to the bathroom and the other doesn’t.  They are going to be messy, so come up with a plan for dealing with it instead of trying to make them not be messy.  We took the boys to a Mexican restaurant, and I thought my sixteen year old son was going to have a heart attack over them double dipping in the salsa and cheese dip.  Instead of trying to get them to stop, it is easier to just get them their own bowl.  So, think about where you are taking the children, and what will be served and plan ahead for seating and food distribution.  For example, instead of putting the boys beside each other, we should have put them across from each other, so that when the two salsa bowls were put at either end of the table, they would be sharing one bowl, while the adults shared the other instead of having one boy using one bowl and the other using the other bowl.

7.  They can only handle trying new things a little at a time.  The first time we had the boys I bought unfamiliar juice pouches and cheese crackers.  By the time they had left, they had decided that they did indeed like the juice, but still refused to try the crackers.  The second time, they didn’t even notice the juice and they ate the crackers too.  Ok, running them around a nature trail getting them good and hungry probably helped, but I still think one unfamiliar food (even if it is just a brand) per visit is about all they can handle.

8.  Have fun!  If you are reading this magazine, chances are you are a foodie, so I do feel the need to point out that having fun may mean keeping it simple.  Food that you know they like and can help with is the way to go.  This is not the time to try something new and unusual or something difficult.  It doesn’t have to be unique to be good. Don’t try to learn to make French macarons while you have someone else’s kids even if you know they love them.  Make chocolate chip cookies and have them help you.  You will all enjoy it more!