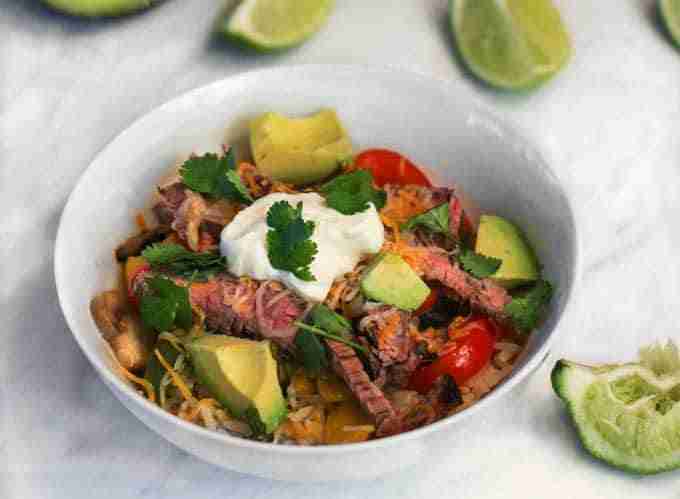 These fajita rice bowls are one of my favorite things that I have made lately.  They are just so yummy – just like eating fajitas, without all the messy drippy tortillas.  And, they are fairly healthy served over brown rice.  Of course, you could use white rice, but we are trying to avoid the white kind, and the brown was just delicious.  To make it even healthier, you could use chicken or shrimp.  My husband is on a physician directed diet for his diabetes and is only allowed red meat once a week, which is not the norm for him.  He has been twelve days without any, so the beef was a real treat.  And, I have to say that even though I am more likely to order chicken fajitas in a restaurant, I don’t think these could have been any better.  I really wanted to eat about twice as much as I could hold!

As far as the recipe goes, I am going to give you the ingredients and amounts I used, but you could easily choose more or different vegetables or meats.  I also used a large jalapeno, seeds and all, which I thought was just wonderful, but it definitely had some heat.  So, if you prefer less or no heat, leave it out, seed it, or reduce the amount.