What an honor to be invited to cover D23, Disney’s Ultimate Fan Event.  One of the many presentations and events that I wanted to attend was the Arts and Animation Presentation.  This is a sneak peek into what Disney is working on for our viewing pleasure.

The show started with Bob Iger ( the 6th ever Disney CEO) to introduce Disney and John Lasseter (Chief Creative Officer) who has a very long list of Disney credits.  The both spoke so passionately about Disney and the additions to the family including Lucas, Pixar, ABC, ESPN, and Marvel.

Lasseter hosted the remaining of the event, giving us sneak peaks at all the up and coming fun projects.

We were able to view the new Monsters University, “Party Central” short that will front the new movie, “The Good Dinosaur”, co produced by Pete Sohn (who also happens to be the voice of Squishy), and produced by Denise Ream.  We also were able to take a look at the concept behind The Good Dinosaur and meet some of the fun characters including the very first human!

Among the star cast voicing The Good Dinosaur will be John Lithgow, Francis McDormand, Bill Hader, Neil Patrick Harris, Judy Greer, and Lucas Neff. The story will address the question, “What would have happened if the asteroid missed the Earth?”  Dinosaurs run the world and work together as a cultivating community.  We follow a young Apatosaurus on his journey with his new-found friend.  A human. 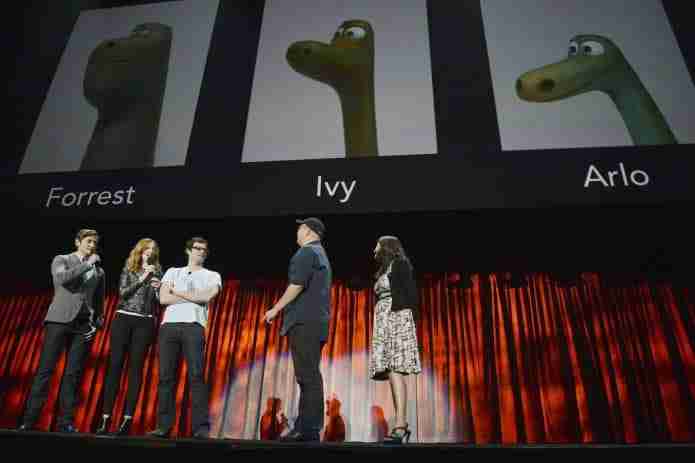 Cast of “The Good Dinosaur” at D23

Next to be introduced… Finding Dory.  Well that isn’t big news, but the fact that Diane Keaton and Eugene Levy join the cast as Dory’s parents was big news.  Also joining is Ty Burell as Bailey Baluga.

Yesterday I shared with you a bit about the  Planes sequel, Fire and Rescue as well.

Now one movie I was a little unsure about was “Inside Out”.  A story of a young teen and her emotions.  What? I couldn’t quite wrap my mind around this concept, but once I met the characters and saw a sketch clip, I was sold.

Riley (the young girl) has a gang of helpful emotions guiding her through lifes tough situations.  Anger (Lewis Black), Disgust (Mindy Kaling), Fear (Bill Hader), Joy (Amy Poehler). and Sadness (Phyllis Smith).  When a few of her emotions get distracted with disagreements with each other, her other emotions have to step up and try to take their place.  Just try and imagine how disgust would handle a situation best taken by Joy… The comedy here will be smart, witty and fun for all.  I can not wait to see this film! 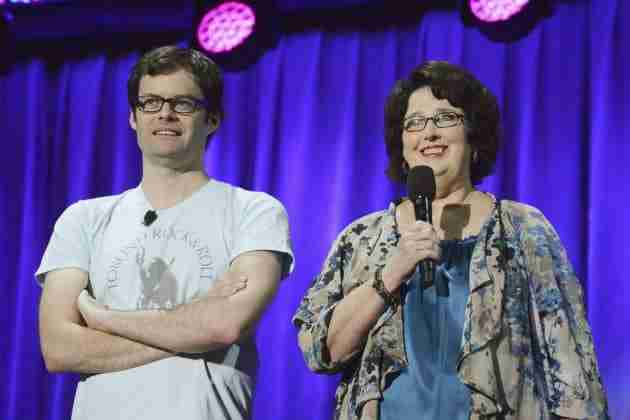 What else did we see? Come back tomorrow for more sneak peaks!