Although we said goodbye to Chris from King of the Nerds Season 2 in episode 6 where he lost in the nerd off to Brian, we enjoyed watching him play the game. 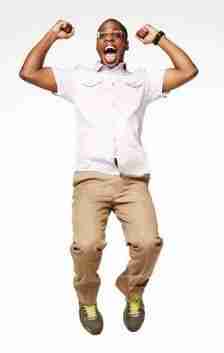 Chris on King of the Nerds Season 2
Photo: Jeremy Freeman

Chris was a very smart player and could’ve been a big threat if he had made it to the final 4.

Check out his answers to our interview questions!

1. How does it feel to be picked to be on King of the Nerds?

It was really surreal, especially at first. I kept expecting to wake up in my bed, dreaming that I had even made it through the audition process. Being selected to be on King of the Nerds made me feel special; they don’t just choose anyone. Anyone they pick has what it takes to win the competition. I was honored and terrified at the same time.

I had engineering on my side because the world is ruled by engineers. Not in a literal sense nor necessarily people who have engineering degrees, but everything you interact with on a daily basis was designed or improved or verified by an engineer of some sort. Additionally, I had leadership skills in my back pocket. I’m decent at facilitating team discussions and getting everyone aligned to a singular goal.

3. What is your favorite part of Nerdvana?

My favorite part of Nerdvana was the other contestants. I’ve never really been completely surrounded with nerds 24/7. Everyone was so different but also so nerdy and I could relate to almost everyone’s nerd passion. It was like finding friends you wish you known had your entire life.

4. What is your favorite cartoon?

I’m going to have to go with FLCL. Seriously, there’s too many to choose from. Naruto, Cowboy Bebop, Samurai Jack, Samurai Champloo, Dexter’s Laboratory, Dragonball Z, so many more…

5. What is your favorite food?

Why can’t you make any of the questions end with plurals??? If I’m limited to one, I’d have to say Strawberry Cheesecake. It’s soo good.

I’m a structural engineer for an aircraft modification center. It is amazing because I get to analyze various airplane parts to ensure their airworthiness. No, it’s not space exploration (which is the industry I really want to work in) but it’s still cool.
7. What are your hobbies?

At the moment, my hobbies are family and wedding photography and tennis. For some reason I really like to take pictures and for some reason people like the pictures I take. I say it’s a win-win.

8. What is your favorite animal? Do you have pets?

9. Have you ever failed a test?

I’ve failed a couple! You can’t become an engineer without failing one test or another. Okay, maybe you can. But Rice University was hard and it took me a semester or two to figure out I wasn’t the smartest person on the planet.

10. Can you speak a different language?

I like to learn languages but I have trouble retaining them, so not really.

11. What were you for Halloween last year?

Every year on Halloween I dress up as Chris Jackson. No one ever seems to understand.

Tennis! Tennis is quite a bit of fun because it’s much harder to do that it looks.

13. Who is your best friend in Nerdvana?

My best friend in Nerdvana was all of the Titans of Rigel + Mary Kate. I’m sorry but I just can’t single anyone out. I bonded really well with my entire team and we had a really great time becoming friends.

14. What advice do you have for young kids in school?

Some of you might feel that you’re not smart enough to pursue a career in science, technology, engineering, or mathematics. Perhaps you’ve failed to understand a certain concept and you’ve told yourself “never again”. Some of us are afraid to fail. Here’s a secret, we all fail. Deal with it. Yes, some fail more spectacularly than others and it can often be embarrassing. Learn from it. Deal with it. Failure is a part of life. Do not ever let it scare you from doing something. Even if you don’t have the desire to go into one of those four fields, try to develop a scientific mindset. Be inquisitive. Be investigative. Be resourceful. Be innovative. You don’t need a degree to do any of those things.

Others might shy away from science, technology, engineering, and mathematics because they don’t want other to know they enjoy those fields. They don’t want to be labeled a nerd or a geek by their peers. Let me tell you this, being a nerd is cool.

Catch the season finale of King of the Nerds on TBS this Thursday March 13th at 10/9 C.   Keep up with Chris on Twitter.