Bon Bini!  You will find that these words greet you everywhere you travel on the One happy island of Aruba.  Located just off the coast of Venezuela at the southern tip of the Caribbean, Aruba is a place where the sun and fun never stop.

There is so much to do on this island that is just 74.5 square miles including the highlight event of 2014; the 60th anniversary of Aruba’s Carnival.

I was fortunate to be able to join in for five days of celebration leading up to the culmination of several months of Carnival preparations and activities.  Traditionally, the start of Carnival is 11/11 and the locals work on preparing the floats and costumes year round.  A series of almost 40 events lead up to the Grand Parade scheduled just before lent.

As a tourist, it was an amazing experience to be able to attend three of the parades celebrating Carnival on the island.  I honestly was not sure what to expect when we loaded up into the van and headed out of the main city of Oranjestad to San Nicholas, a smaller suburb.  As we approached, more and more cars started arriving for the lighting parade and the streets filled up, lined for miles with locals.  The feeling was nothing like I had experienced before.  Music, flashing lights, dancing and street vendors filled the scene.  Young and old, family and friends, together sharing in the excitement waiting for the parade to arrive.

As the procession arrived I soon understood why everyone comes out for this event.  Bright lighted costumes on happy dancing individuals followed by big floats with bands playing vibrant island music accompanied by smiling faces of all those who showed so much pride in what they had worked so hard to create for this day.  It was at that moment I knew that I was in for something very special with the parades yet to come. 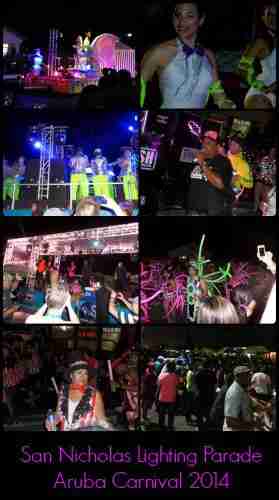 The second parade was again in San Nicholas but this time instead of a late night party, we were up before the sun for a “Jump Up” Pajama Party or as the locals call it, Jouvert Morning. The festivities start at 3am and you are encouraged to wear your pajamas!  Again, thousands of people lined the streets and this time joined in the parade as it passed by.  It is impossible to not get swept up into the excitement as the crowds come by. 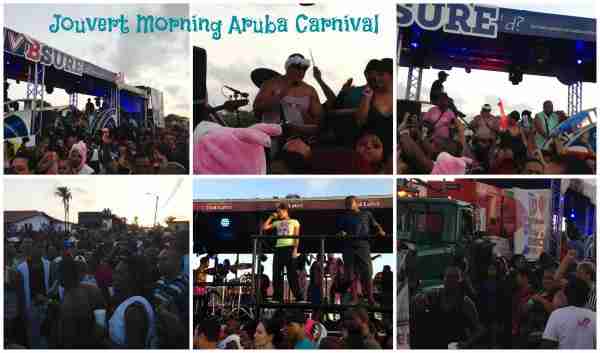 Finally, the big day arrives.  The day of the Grand Diamond Parade in Oranjestad.  The street is lined with tents, chairs and bleachers.  Spectators started claiming their spots the night before the parade and celebrate all night long.  By daybreak, thousands have arrived along the parade route and the streets are full of excitement and music once again. 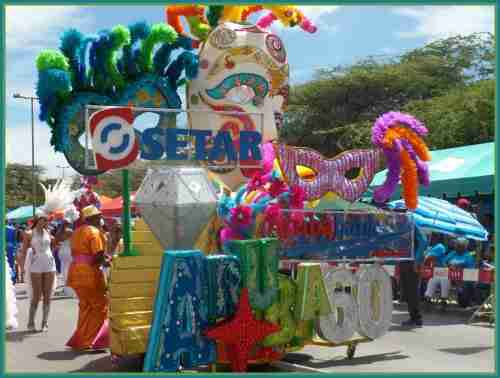 The anticipation is worth the wait.  A sea of colors, feathers, sparkles and smiles arrive with vibrant music that you just can not help but dance along with.  As the 14 large groups cover miles in the heat, the spirit of Carnival is plainly seen.  Despite the obvious exhaustion of some, they keep going, keep dancing and keep smiling.  Spectators offer them drinks and snacks to cheer them on.  You see young and old alike, some who have been participating for more than 30 years.  In fact, four members of the parade celebrated their 31st year! 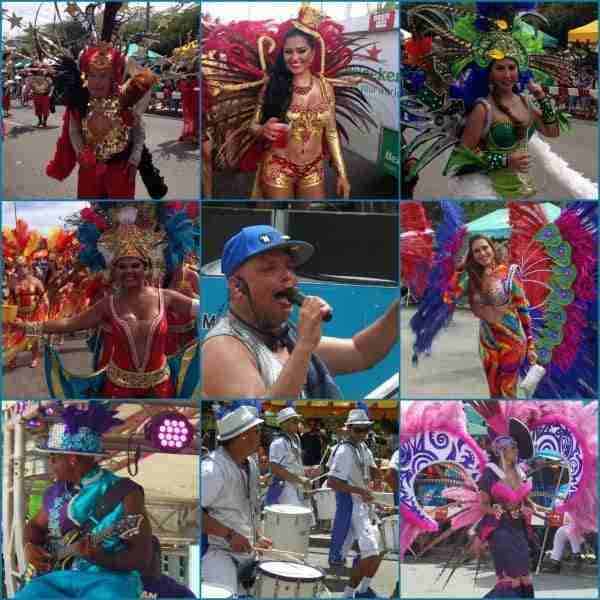 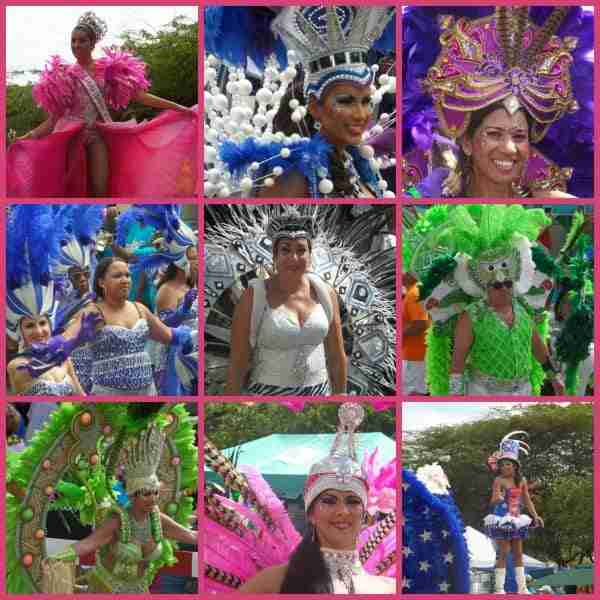 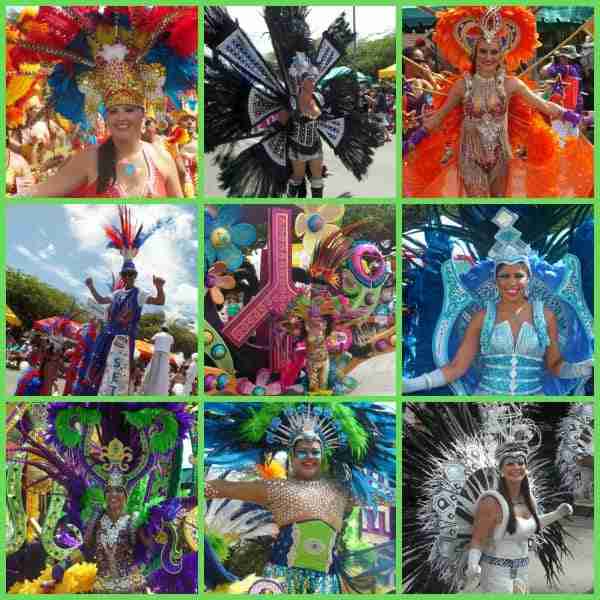 As I now head back home, I still find myself sitting here with the sound of Carnival in my head and I leave with a great appreciation and admiration of the Aruban people of over 90 nationalities who come together every year to put on this fantastic event.  One happy island indeed.  I am impressed by the hospitality of all that I encountered on this great adventure and will end it with, “te oro” (see you later) as I hope to come back again to explore more of this wonderful place!

My experience was provided by the Aruba Tourism Authority.  All thoughts and opinions are my own.