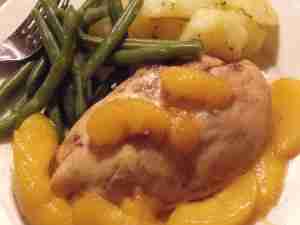 Welcome to the first in a series called Get to Know Your Herbs and Spices. Allspice is one of my favorite “warm” spices. Warm spices add depth to your dish; cinnamon, ginger and nutneg are good examples.

If you are like most people, when you hear the word “allspice” you think it must be a combination of spices.

Actually allspice is a berry of the Pimenta officinalis, a tropical evergreen tree. The Spanish named it “pimento” because the berry closely resembles peppercorns. That’s why it is also called Jamaican pepper. Columbus is credited with discovering this berry during a trip to the West Indies. It may not have been what he set out to bring back, but if you ever used this spice you know why he did.

For culinary purposes, green berries are used because the flavor of ripe allspice berries is too strong.  When ground the berries have a flavor and aroma resembling a blend of cinnamon, nutmeg and cloves.

Allspice is used in everything from flavoring meats, baked goods, liquor and even chewing gum! You can use the berries whole in pickling and curing food or grind the berries and use alone or in combination with other spices. Allspice can also be purchased already ground.

Here’s one of my favorite recipes I created using allspice.